Top 5 Languages to Improve Your Employability in 2017 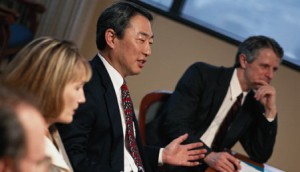 Improve Your Employability in 2017

While English is widely acknowledged as the language of international business, academia and tourism, having two languages, if not three, is a must if you wish to improve your employability and engage on an international platform. As nations from all over the world encourage their young people to not just develop but hone their multilingual skills, home-grown monolingual English speakers fall further behind in their ability to compete with their international counterparts.

In order to be a successful business person you must be able to communicate across different cultures as well as in different languages. Knowing a second or third language enables you to this. Nowadays, this does not give you a competitive edge it merely puts you on a level playing field with the rest of the world. Choosing to learn one of these 5 languages will not only improve your employability but may be enough to secure that dream job in 2017.

These are the top 5 languages and cultures you need to know in order to keep up in 2017:

With nearly one billion native speakers and the second-largest economy in the world a good command of Mandarin Chinese and a good understanding of Chinese culture can open up not just the Chinese market but other markets in Asia. Mandarin Chinese is extremely difficult for English speakers to learn and will be sure to impress in a job interview. And even more impressive at a party.

One of the most ‘in demand’ languages Arabic is not only desirable but essential for the oil and defence industries. With over 300 million Arabic speakers worldwide knowing Arabic will certainly open doors, and may even open doors you didn’t know existed. Arabic is also extremely useful if you wish to get into journalism and broadcasting.

Spanish is the official language in over 20 countries. As the second language in the United States and the proximity of Latin America to the State it’s an obvious choice for both international business. Some would say the rise in popularity of the language among English speakers has as much to do with a liking for the vibrant and fun-loving Latino culture as the economic gains.

As an economic powerhouse the demand for German has risen as a corporate language and is in high demand in a range of industries, particularly banking. Due to the rise in demand for German it has been identified as a language which will increase your salary negotiating powers and will give you an advantage with one of the many German companies that operate throughout the world.