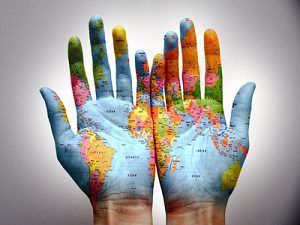 Six Top Tips on How to Sound like a Native

Whether we like it or not accents are important and from the Queen to Michael Caine we all have an accent. In the UK your accent is a strong indication of what part of the country you were brought up in, your level of education, and your class. People judge and are often judged by their accent and in the business world this can be particularly important when trying to set a certain impression.

When it comes to speaking a second or foreign language we also all have an accent to some degree or another. More often than not it is extremely easy to guess someone’s nationality or first language when they are speaking a foreign language. Generally, second language learners can make themselves understood despite their foreign accent however, if you are constantly asked ‘oh, you must be English?!’ as soon as you open your mouth when speaking upper-intermediate level French then you may want to focus on a few easy ways to reduce your foreign accent and sound more like a native.

When speaking a foreign language it helps to become a bit of an actor. Actors successfully pull off regional accents all the time (often with help from a voice coach), and when speaking a foreign language you will find yourself in a similar scenario. Whatever you think the language sounds like you need to exaggerate this tenfold, and by doing so you will get much closer to what the language actually sounds like for the native speaker.

It’s extremely important to listen to the foreign language as much as possible and to analyse the pronunciation. A useful activity is to take a recording from the internet/radio/podcast and listen to sections of natural speech, then pause and repeat over and over. This is not the same as using an online or CD language learning programme, as these recordings are graded for learners and non-native speakers. You need to use recordings of people speaking completely naturally in conversation and listen to for the following aspects outlined in points 3, 4, 5 and 6.

Word stress is the stress you put on a specific syllable within a word. This is not the same as sentence stress (see below). For example, in English the word ‘comfortable’ has three syllables and the primary stress falls on the first syllable, and the secondary stress falling on the third syllable. Many English language learners say ‘comfortable’ as a 4 syllable word with the stress falling on the ‘for’ and ‘ta(y)’. When you are familiar with word stress patterns of a language you will not make these types of mistakes which severely impede your attempts to sound like a native speaker.

Sentence stress involves emphasising a particular word or (words) within a sentence. It’s important to pay attention to the words that are stressed in each sentence and repeat this pattern, as you do so you will begin to notice more and more the stress patterns that native speakers use, and imitating this will help you sound more like a native speaker.

The speech patterns of different languages vary dramatically depending on the language. It’s important to practise focussing not on the words that are spoken or their meaning, but purely on the rise and fall of the speech patterns. World famous linguist David Crystal says that “intonation is not a single system of contours and levels, but the product of the interaction of features from different prosodic systems – tone, pitch-range, loudness, rhythmicality and tempo in particular.” This is often referred to as the ‘musicality’ of a language, and often noted with Latin languages particularly French and Italian. It order to sound like a native it is important to copy the intonation patterns, the rise and fall patterns, of the native speakers.

In some languages sounds will be blended, two or three words will blend into one, individual sounds will be omitted, endings of words will be dropped. It is important to note and copy all of these in order to appear native-like. However, it is also important to distinguish between standard speech mutations and speech mutations that may make you appear badly spoken. For example, in English ‘going to’ often becomes ‘gonna’ in fast speech regardless of your background and education. However, when slowed down or emphasised the use of ‘gonna’ can sound extremely unpleasant and indicate a lack of education.

Regardless of the language you are learning the key to sounding like a native lies in analysing the different aspects of pronunciation and then doing a great job at pretending to be a different nationality. Cactus Language offers elocution and pronuncation lessons for various languages in all major worldwide cities.