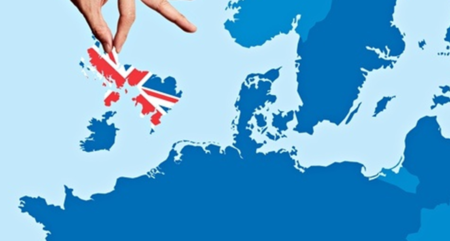 As the financial services look to leave London en masse, how important will German and French be post-Brexit?

As we approach the end of the year, March 29th 2019 and an EU without Britain as a member state looms closer. With Theresa May no nearer to securing a favourable post-Brexit deal several hundred banks and companies are not only planning but executing a strategic move of offices from London to Frankfurt, Paris, Brussels and Dublin. The risks associated with unknown Brexit outcomes and the negative impact of a potential hard-Brexit has pushed many of the major players in London’s financial services to start their relocation processes, and the likes of Frankfurt and Paris are clambering over themselves to take advantage of the Brexit fall-out.

It is estimated that London could lose between 30,000 and 75,000 jobs to Germany and France, with Frankfurt the biggest winner in the fight for London based jobs. Morgan Stanley, Goldman Sachs and Standard Chartered, among many others, have chosen Frankfurt as their post-Brexit European base, whilst HSBC is moving to Paris and Barclays has chosen Dublin.

The significant numbers heading to France and Germany and the possible job opportunities in those countries explain the dramatic rise in the number of people taking adult business language courses in French and German. It’s also important to remember than when the UK leaves the EU there will be no member state remaining where English is the first official main language. Although English is spoken in Ireland, Irish Gaelic is considered the first official language – so English may see a demotion in the EU as French and German vie for the number one spot:

“Slowly but surely English is losing importance in Europe,”

European Commission President Jean-Claude Juncker told a conference in Florence in May. Although Junker later claimed he was only joking, the future of English as an official language of the European Union is about as certain as anything else associated with Brexit.

1) Improved job opportunities in banking and financial services
2) Improved mobility, intercultural awareness, empathy, and confidence
3) Improved access to the global jobs market and international trade
4) Combats the potential isolationism which may result from Brexit
5) Impress your friends and family

Simply call us or contact us with any questions you may have. Cactus also offers a free no obligation language consultation for corporations and individuals.