Is Germany the New UK? 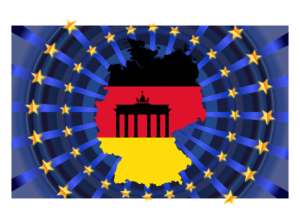 The UK has decided to leave the EU. The extent to which this will impact the free movement of people and workers’ rights is still unknown; however, changes will inevitably be made, causing many people from EU member states to reconsider their options.

Currently 3 million EU citizens live in the UK – making up 5% of the total British population. Net migration from the EU in 2015 was 184,000 with the majority of EU migrants now living in the UK arriving between 2007 and 2012. The UK has been the number one choice for 1000’s of Europeans, particularly those from Spain, Italy and Eastern Europe. Although there will be no changes to laws affecting EU citizens in the UK for at least two years it is only to be expected that the shock result of Brexit will cause those both already in the UK, and those intending to leave their home countries, to take a good, long, hard look at the alternatives.

One of the most obvious alternatives is Germany. As Europe’s largest economy, Germany has extremely low unemployment rates – 4.2% in May 2016, compared to the UK’s 5%. EU migrant workers are guaranteed the same benefits as national citizens and Germany is well known for its willingness to embrace both refugees and peoples from other countries inside and outside of the EU. EU citizens can also study at German universities for free (or a nominal fee) if they meet the German language requirements. For the many that are struggling to find work in their own countries, who intended to live and work in the UK, they may now see Germany as the next best (or perhaps better) option.

The biggest, most noted obstacle to living and working in another country is the knowledge, or lack of knowledge, of the local language. In order for EU citizens to live and work in Germany they will need a good level of German. Supporting the requirement for German is this year’s ruling from the European court of justice (ECJ) which established that Germany can refuse welfare benefits to EU migrants if they have never held a job in the country. Generally speaking, no German means no job. In 2015 more than 37,000 migrants chose to leave Germany and go back to their home countries due to their struggles with finding a job, attributed to their lack of German language skills.

If you are considering your options get started with our free German Language Kit, a German evening language course in the UK, German private tuition at your home or place of work, or German immersion course in Germany, with Cactus Language.