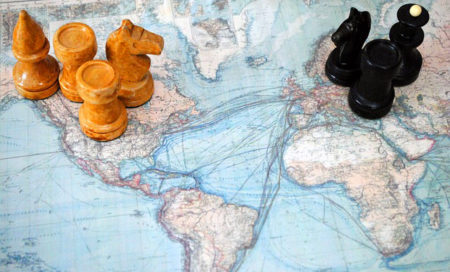 American vs British Business Culture: Are They So Different?

Both the UK and the US share the same language. Both have strong historical, political and economic links. Both usually have the same international political agenda. But does this mean they have identical business cultures? Many assume that their cultural differences are negligible. But despite having a ‘special relationship’, the differences between the Americans and the British are not just limited to the spelling, the accent, or the political system. Being aware of their cultural differences will help you avoid misunderstandings or even awkward situations. Here are the top 5 American vs British business culture differences you should be aware of when doing business or relocating on either side of the Pond:

In the UK, small talk is a good way to break the ice before entering negotiations. Topics that can be discussed typically include the weather, transport issues, general global politics and the news. In the US, meetings usually start with very little small talk. Meetings in general tend to be shorter in the US than in the UK.

Self-promotion is actively encouraged in the US. The Americans don’t mind promoting their accomplishments. Knowing how to sell yourself is necessary to progress in the American work place. While it is also necessary in the UK when looking for a job, it isn’t well perceived in any other situation. Bragging about your accomplishments will most likely lead to a negative interpretation of your comments.

3. Reading between the lines

The British are famous for their subtleties, understatements and a certain coldness. Unlike the US – and most of Europe – the British avoid direct statements. Instead, they use indirect and subtle wordings to soften their disagreement. While ‘maybe’ said by an American may either mean ‘yes’ or ‘no’, it will most likely mean ‘no’ when said by a Brit.

As a rather small country, the UK market is more uniform than the US. Surveying the market, analysing trends and keeping an eye on your competitors is much easier in the UK. As a vast country, the US is made of a patchwork of markets rather than being a single market. When researching your market in America, be aware of the differences from one state to another.

Most American senior executives have busy schedules outside work and often take part in local community activities in their free time. As a result, socialising with co-workers after work isn’t very common for Americans. On the contrary, the Brits love going to the pub with colleagues for a pint, especially on Fridays. but they can be found doing so on any working day of the week.

How to be Ready: Cross-Cultural Training

Having strong English language skills is usually necessary to develop business partnerships in the UK and the US. But being culturally aware will optimise your chances of closing a deal and establishing a strong business relationship. Cross-cultural training will help you develop key cultural awareness skills for doing business in both countries. At Cactus Language Training, we offer several options that you can combine together to be fully trained and ready:

To receive more information about how Cactus Language Training can increase your profits, or to get a quote, simply call us or contact us with any questions you may have. Cactus also offers a free no obligation language consultation for corporations and individuals.