Brexit: The Real Threat to the UK that No One is Talking About 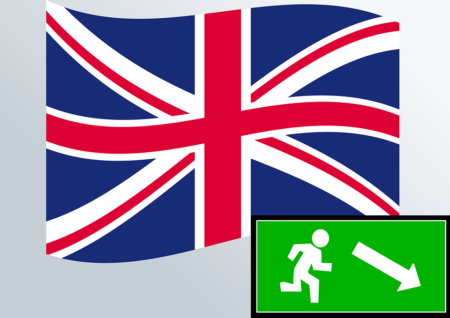 Over the last 25 years UK businesses have become increasingly reliant on talent from Europe to support and deliver their international strategy and enable them to trade on a global platform. The shift towards employing Europeans for key roles over their British counterparts has not only centred around talent but also the all-important language skills that Europeans bring and that the British lack. Across the European Union, just over half of all students study two or more foreign languages, and in Finland, France, Romania and Slovakia the proportion studying two or more languages is 99%. In Britain, by contrast, the figure is a humiliating and disappointing 5%.

Growth and survival of businesses is focussed intently on internationalisation and global reach. Having the language skills to communicate effectively with potential international clients and partners is integral to global trading success. For many companies it is far more cost effective for a company to hire European talent with the requisite language skills already in place, than employ a British person and train them up to the required level of language proficiency.

Britain is experiencing an exodus of Europeans in the lead up to Brexit, with the net annual migration of EU nationals having fallen by 75,000 in the past year to its lowest level for five years. After Britain leaves the EU the numbers leaving will continue to rise and the numbers coming in will continue to fall. This not only impacts businesses that rely on foreign skilled workers who sell and negotiate in key markets in their native tongue, but also impacts industries across the country which rely on non-skilled European workers to function and maintain their day to day operations. Where will Britain be without these workers, and with no one to replace them? How can Britain grow and thrive if it is unable to communicate with the customers it wants to sell to?

But Everyone Speaks English, Don’t They?

To compound this issue further there is an unnerving belief among many British people that everything will be fine, because “everyone speaks English anyway”. It may be true that English is the world’s dominant language however, this may not always be the case going forward. The French president, Emmanuel Macron, has made known his desire to replace English as the default language in EU institutions with his own language, French. With the 24 official languages of the EU producing 552 translating combinations this may be more difficult than Macron would like to admit, however, Brexit still means that English will be downgraded among the membership bloc. Currently English is the official language of 12.8% of the EU population, but once the UK leaves the EU this will be reduced to just 1.2% (Ireland and Malta). French is likely to take a more prominent role as a lingua-franca and both Mandarin and Spanish, as the number one and number two languages in terms of number of speakers, are also likely to increase their dominance as English goes into decline.

The Most Important “Add-On” of Our Times

Even though only 39% of British people believe they can hold a conversation in a language other than English and modern language departments in universities across the country are shutting their doors, there may be a small turn in the tide of the seeming dearth of multilingual British natives. At Cactus Language we have seen a 20 – 30% year on year increase in the number of adults learning a second language in the UK since the Brexit results. One explanation for the decrease in languages being studied by school children and university students but a notable increase in the number of adults studying languages is the following: young people no longer view languages as a subject in which they need or want a degree or qualification. By contrast other subjects such as maths, marketing, business, and technology are perceived to be far more useful, as a degree or qualification, when trying to land their first job. A piece of paper is not necessary to prove you can speak a language – you simply speak it. Moreover, languages are an ‘additional skill’ rather than a core or key skill. When you combine these factors it seems perfectly logical to avoid languages as a degree subject and take it as an additional subject either alongside your studies or later alongside employment.

If you are interested in upgrading your language skills and taking advantage of the gaps in the employment market that are beginning to appear then get in touch with Cactus Language Training to learn more about your language learning options. From face to face, online, blended learning and in company tuition Cactus Language Training will help you find the delivery and schedule that meets your needs.